You are here:
Sponsor me

Hugo was born a bull calf on a dairy farm in Massachusetts in August 2020. Because he was born male, he faced imminent death and was viewed as a waste product as all males are viewed in the dairy industry because they do not produce milk for human consumption. We heard that he needed rescue, and we knew that we could give him a life full of love that he deserved. Hugo made his way to UNH from Massachusetts, and on his car ride down to the sanctuary, he met his best friend, Ollie. Ollie was also coming to Uncle Neil’s Home from another dairy farm and they took the long trip together. Hugo arrived in early September 2020 when he was only one week old.

During his first few weeks of life, he got the “cow zoomies” every day! Each morning and evening after his bottle, we let him out into the pasture to run and play with Ollie. Hugo had been living in a veal crate, and living at UNH was likely the first time that he was feeling grass beneath his feet. When he became confident and big enough to join the main cow herd at around 3 months old, he blended in with ease. Our older cows love him so much, and watching them bond and form their own families has been amazing. Hugo is the most shy out of the herd, but, in addition to Ollie, he has formed a very close bond with Minnie, one of our other cow residents. Hugo absolutely loves her. He started to follow Minnie around when he was still just a baby and only as tall as her leg! Now, a year later, he still adores her and follows her everywhere. There is never a time when they aren’t by each other’s sides. Hugo and Minnie happen to be our two residents who feel safest when they keep to themselves, so the fact that they formed their own special bond with each other warms our hearts- and, of course, Hugo and Ollie are still best friends and enjoying their freedom every day. Hugo took a while to warm up to us, but he began to feel comfortable when he was about a year old and now can’t get enough of our affection! 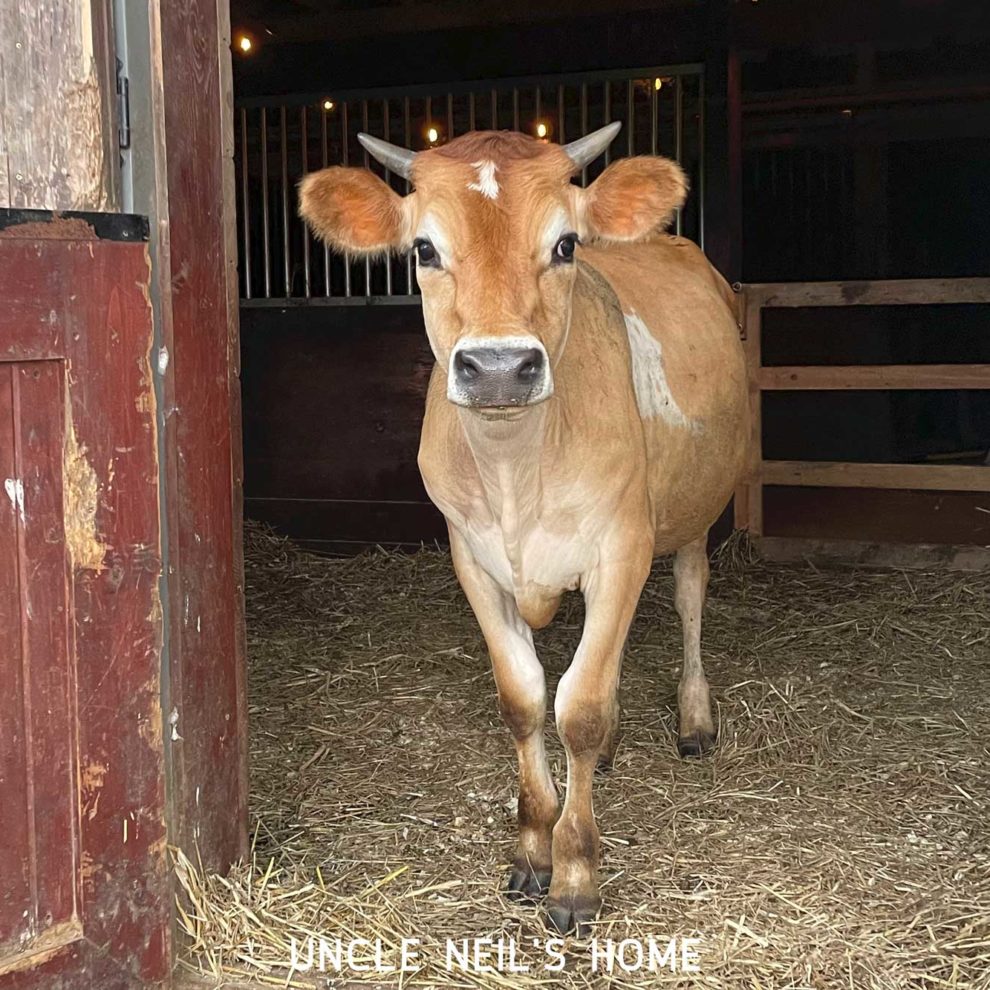 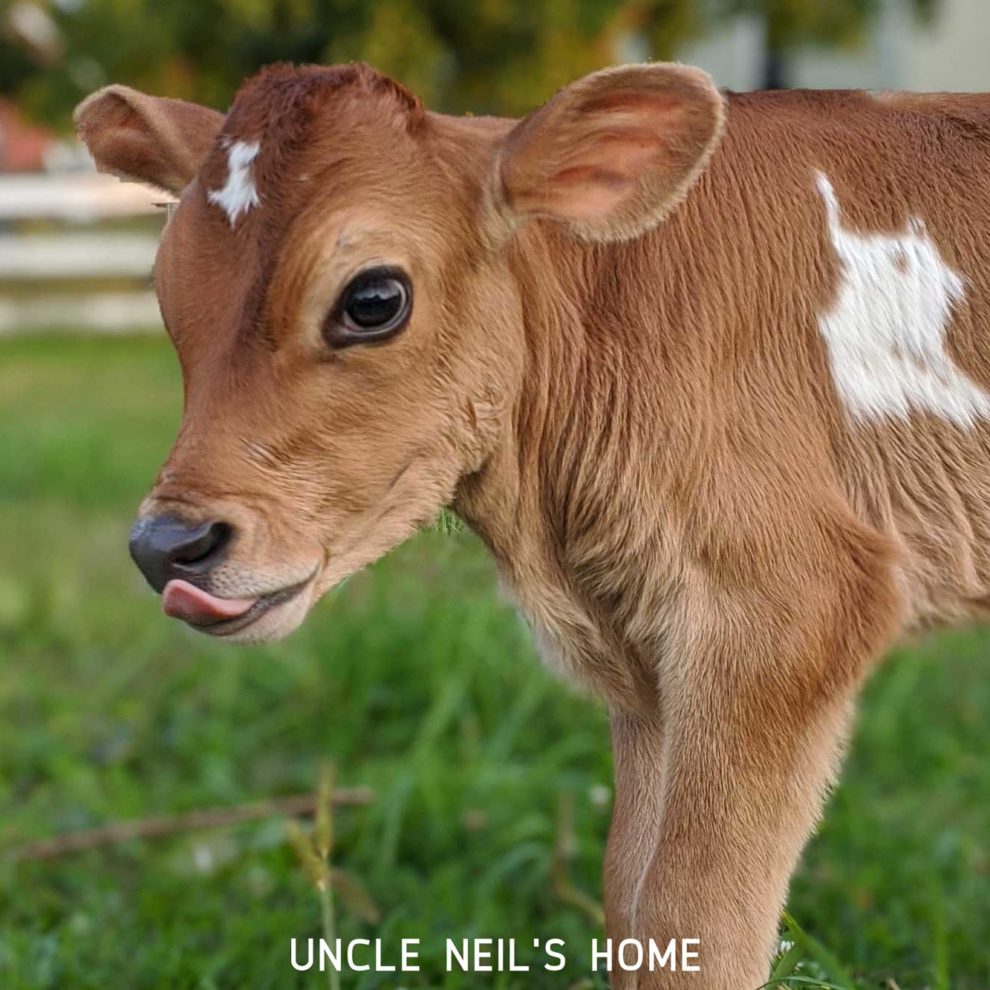 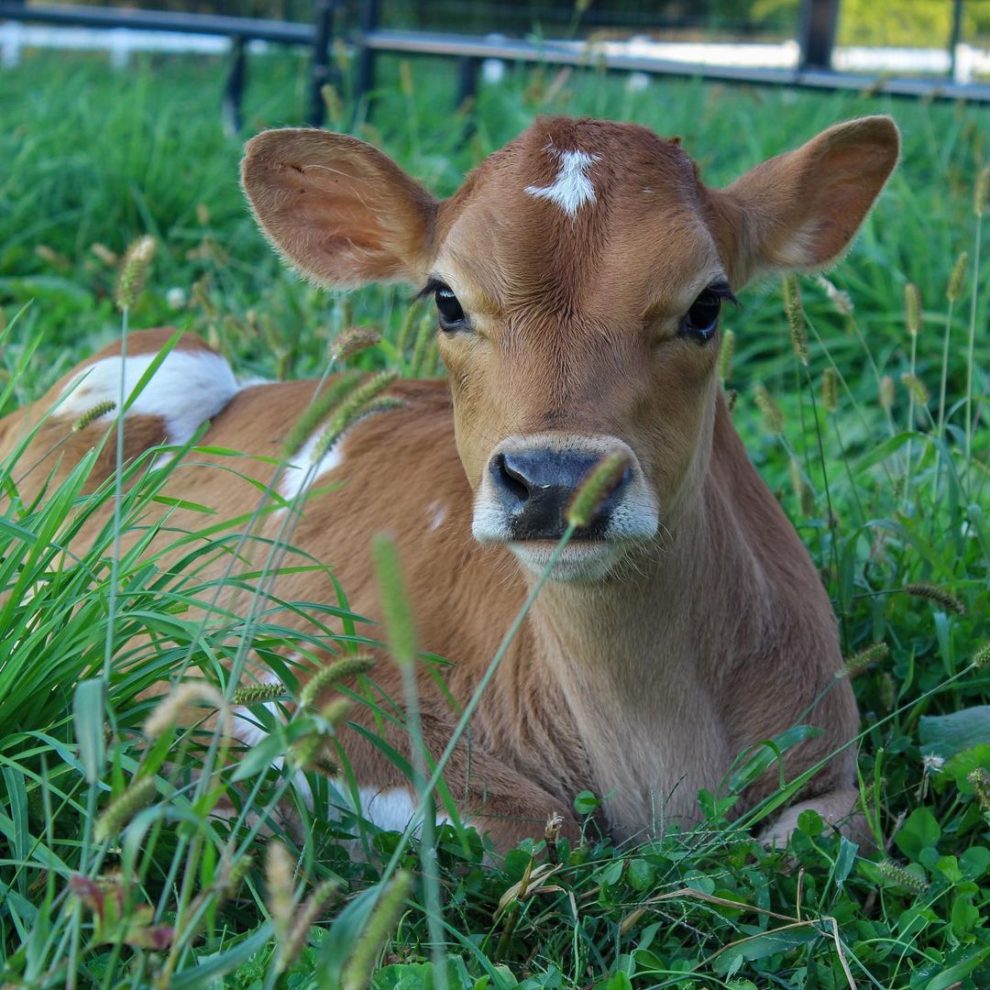 Sponsors will receive the following:

Herd Member ($5 – $19 per month)
Be “in the know” – Get exclusive sanctuary news delivered to your inbox.

Herd Defender ($20 – $49 per month)
In addition to being “in the know,” you’ll also be automatically entered into our monthly raffles. Monthly raffles feature awesome giveaways and the chance to name one of our incoming residents!

Herd Leader ($50 – $99 per month)
Exclusive news and monthly raffles come standard in our leadership package. Our Leaders also get access to our member only events such as live events at the sanctuary and virtual tours so you can get to know our residents up close and personal!

Herd Warrior ($100 + per month)
Our top tier membership! Not only do you get everything that comes standard in our Herd Leader sponsorship package, you will also have access to an annual private tour (eligible after 1 year). This one-of-a-kind event is not available to the public and will be reserved just for you and our other Herd Warriors!